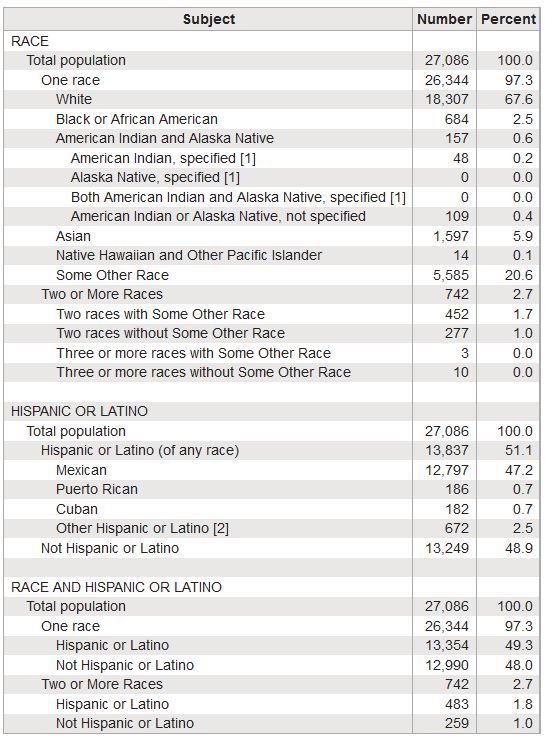 Census Date  Data from the 2010 Census. (Please note: The Census Bureau collects race data according to U.S. Office of Management and Budget guidelines, and these data are based on self-identification. People may choose to report more than one race group. People of any race may be of any ethnic origin.)

West Chicago's population has become more diverse with a wide range of cultures and ethnicities settling into the City. The outstanding schools, parks, and housing options make West Chicago a wonderful place to live and raise a family. The nearby transportation options make a wide range of employment and entertainment options available.