In August 2020, Mayor Ruben Pineda contributed to a video produced by the DuPage Monarch Project. In it, Mayor Pineda speaks about his signing the Mayor’s Monarch Pledge in 2017, and the momentum it created for monarch conservation in West Chicago.

Since signing the Pledge, West Chicago residents and community organizations have installed new pollinator gardens, launched several public art projects focused on monarchs, and inspired a greater interest in monarch conservation. Their collective efforts rewarded West Chicago with a national designation from the America in Bloom organization as the Best Pollinator Program among its member communities in 2019. 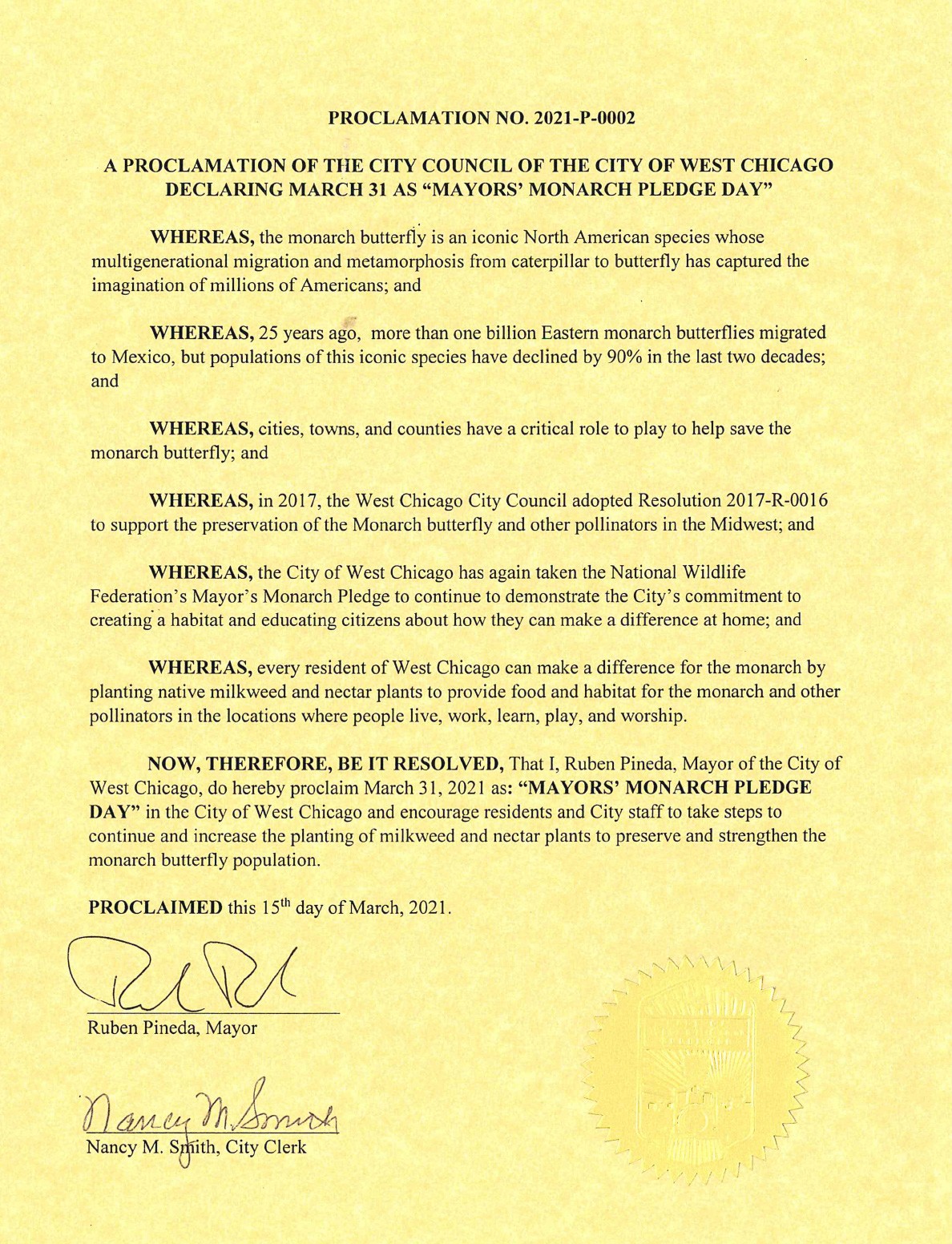 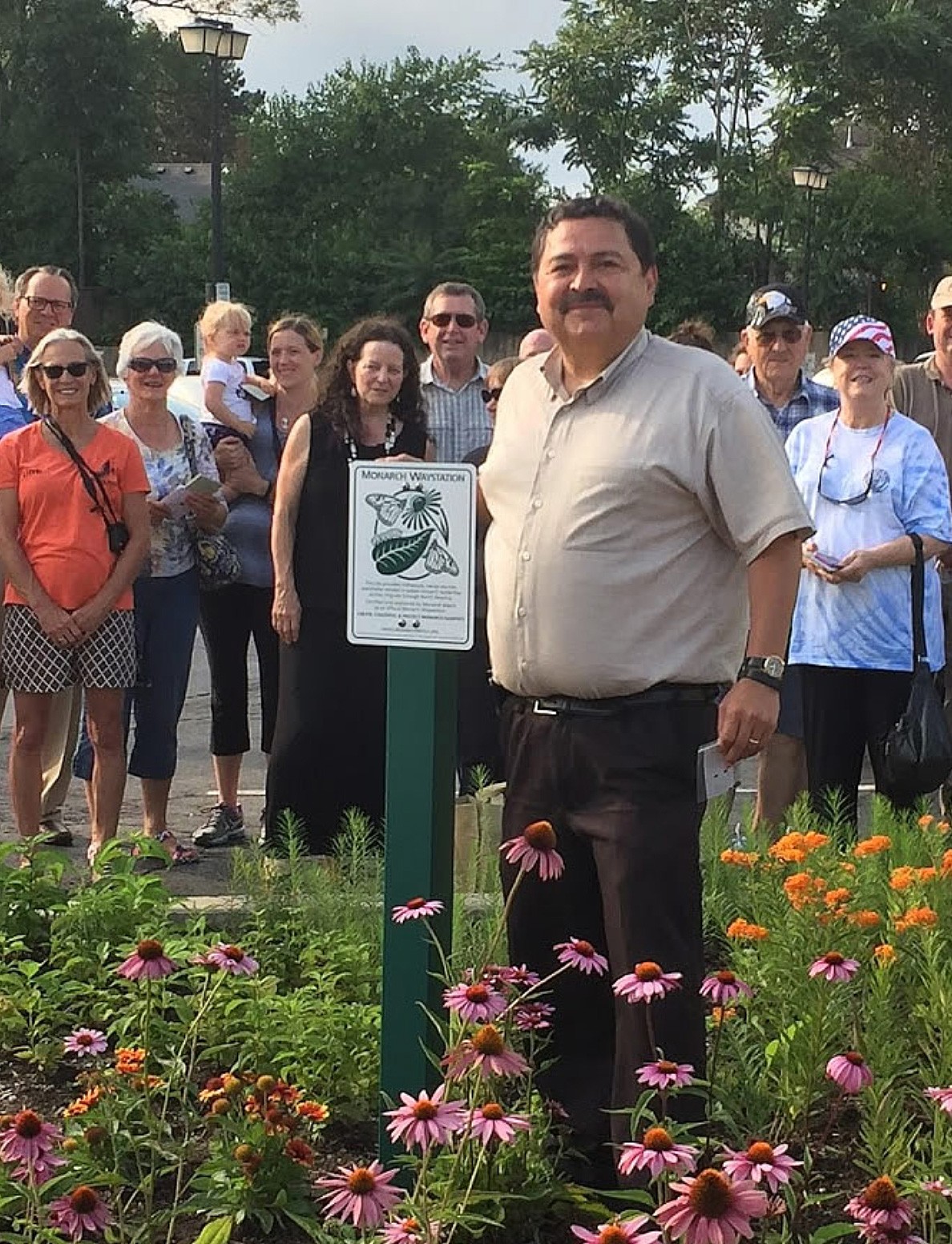