Since the introduction of the National Wildlife Federation's Mayors' Monarch Pledge 19 months ago, an initiative to help create habitat for the Monarch butterfly in cities and communities nationwide, 317 mayors, including West Chicago's Mayor Ruben Pineda are making a difference in the conservation of these majestic little creatures.

The network of support continues to grow tri-nationally through the efforts of the Commission for Environmental Cooperation (http://www.cec.org/). The National Wildlife Federation was able to officially expand to Mexico and Canada, encompassing the full migratory range of the Monarch. As an active community, West Chicago has automatically become a part of this tri-national collaboration.

For more information about how to become more involved in this movement to save the Monarch, the Commission for Environmental Cooperation has produced a short video titled, "10 Things You Can Do to Help Monarchs".

Residents, volunteers, naturalists, garden club members and general butterfly enthusiasts gathered at City Hall on Monday, July 10, 2017 to watch as Mayor Ruben Pineda unveiled signage designating a newly planted garden as an official Monarch Waystation. "This is the result of many who made it possible", he said referring to the many organizations and individuals involved in the conservation effort including the West Chicago Environmental Commission, the DuPage Monarch Project, DuPage Forest Preserve District, and the Green Disciples of the First United Methodist Church of West Chicago.

Monarch advocate Shannon Burns, said a few words on behalf of the DuPage Monarch Project and encouraged those gathered to take the idea of a Monarch garden to their own backyards, emphasizing the affordability and sustainability of such efforts. "You might think it's a little garden, but what the Monarchs need are a whole bunch of little gardens. So this is a good symbol of small things that could have big, big consequences", she said.

The City distributed Purple Coneflower seeds, which is the Official City Flower, to all who attended, and will do so again at National Night Out in August.

Resident and artist Judith Horsley presented Mayor Pineda with two framed original photographs she had taken of Monarchs enjoying the view atop a Purple Coneflower, to commemorate the occasion. Ms. Horsley is a Master Naturalist and an active member of the First United Methodist Church of West Chicago’s Green Disciples.

The ceremony concluded with Mayor Ruben Pineda and Tim Wilcox, Assistant Director of Public Works for the City of West Chicago and staff liaison for the Environmental Commission, releasing a dozen Monarch butterflies into the dedicated garden. Several butterflies stopped to rest on the assorted flowers of the garden, providing onlookers with a great photo opportunity, before gracefully winging away to the next stop on their journey.

For more information about becoming a champion for Monarch butterflies, visit the DuPage Monarch Project website at www.dupagemonarchs.com.

*Some of the photos below are provided courtesy of resident, Master Naturalist, and member of the Green Disciples, Judith Horsley, and her grandson. 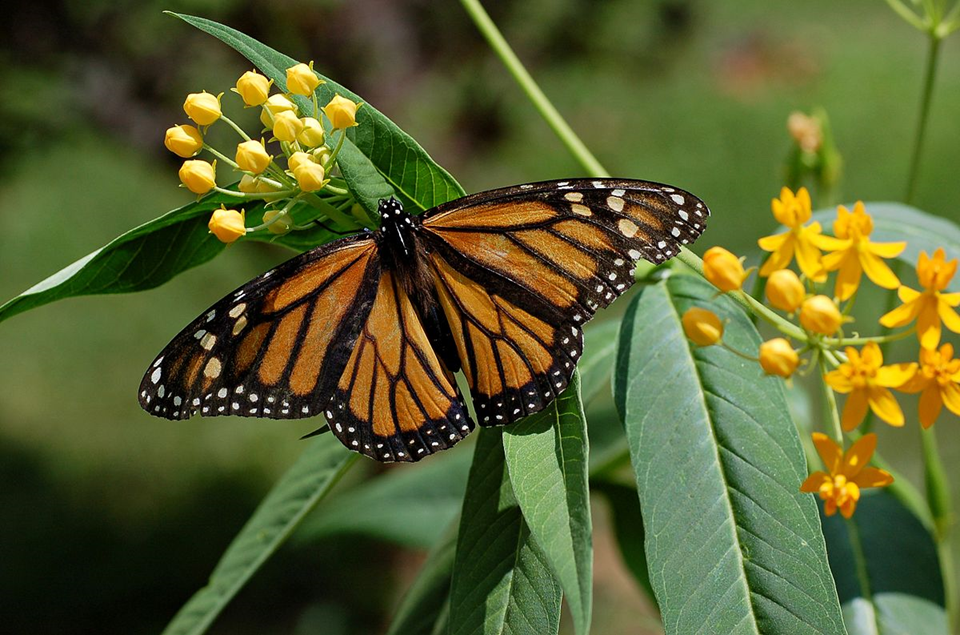