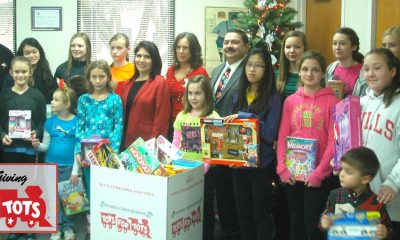 Spirit of Giving – Toys for Tots

West Chicago resident and business owner Debi Inch not only teaches the youngsters that come to her home music studio how to play the piano, she also teaches them lessons on giving to those less fortunate. For the past four years, Inch has organized a Christmas toy drive to support the West Chicago Police Department’s […]

The Center for Economic Progress (CEP) is looking for volunteers to work one-on-one with low-income families to make tax time an opportunity to get ahead.  Assistance from the community and surrounding communities is needed to fill the following positions. Applications are being accepted until the positions are filled. Tax Prep Volunteers Tax Site Mgr External Posting […]

On December 7, 2014, Omar Montoya Medina was released from Cadence Hospital/Central DuPage Hospital and transported to the West Chicago Police Department for questioning regarding the fatal crash that occurred on December 5, 2014 at approximately 11:00 p.m. Investigators from the West Chicago Police Department interviewed Mr. Montoya regarding his involvement. Following the interview and […]

*Watch the process involved in the making of this outstanding public art project through this high energy video from artist Anni Holm. In this – together (2014) by Anni Holm in collaboration with the people of West Chicago in celebration of the WeGo Together for Kids, LIVE UNITED Neighborhood Network About the artwork installed at […]

Situated in a county where 1 in 4 kindergartners are overweight or obese (resource: DuPage FORWARD), and 1 in 3 adults are obese (resource: CDC) , the city of West Chicago, lilke many other suburbs, is facing many health concerns associated with these alarming statistics. The community’s answer? The Healthy West Chicago Community Action Plan. […] 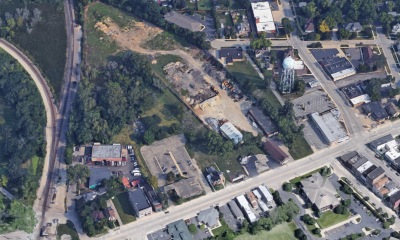 Review Period Closes on Friday, December 12, 2014 The City of West Chicago would like its residents to know about two grant applications the City has prepared to submit to the U.S. Environmental Protection Agency (EPA).  These draft EPA grants are available below, and will be available for review and comment until December 12, 2014.  […]

In this – together mural will be dedicated during Frosty Fest WeGo Together for Kids, the LIVE UNITED Neighborhood Network of West Chicago, will unveil and dedicate its community art project on Saturday, December 6, 2014 at 5:00 p.m. As part of West Chicago’s Frosty Fest, the dedication will take place at the home of […]

As reported by My Suburban Life.