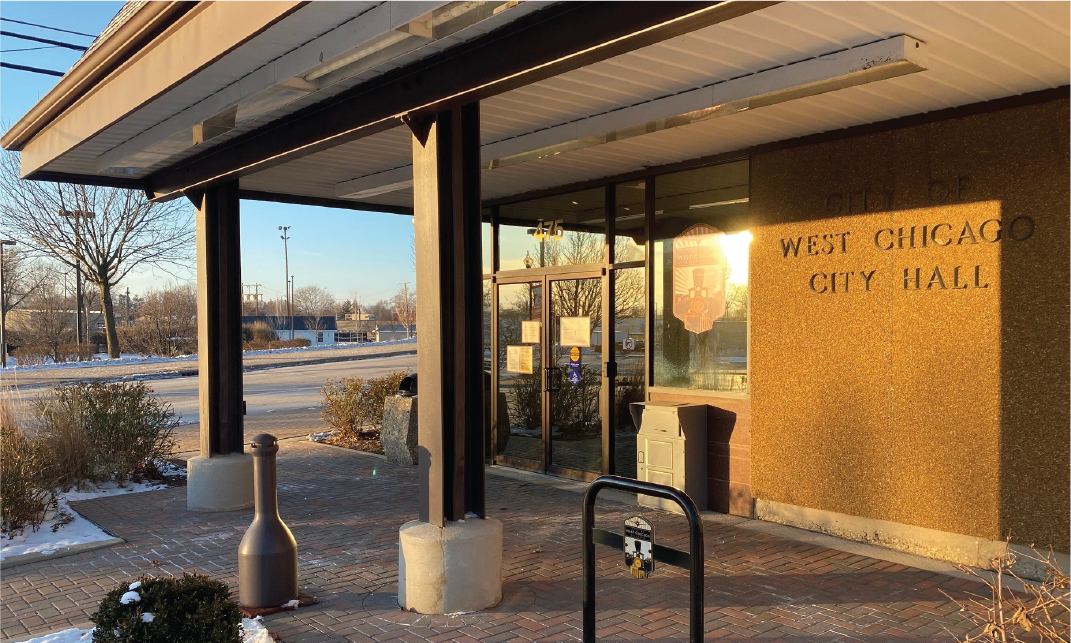 The City of West Chicago welcomed two new employees to the City’s staff to fill vacant positions from recent retirements, and announced two promotions within the City’s Police Department.

Whiteaker has been with the City since December 2010 and has served in various capacities during his tenure. Most recently he served as the Crew Leader of the Fleet Division within Public Works Department.

Whiteaker will serve under the direction of the City’s Director of Public Works, Mehul Patel. He will be responsible for directing, managing, supervising, and coordinating the daily activities and operations of the Street Division.

During his free time, Whiteaker enjoys spending time with his family and working on farms, motor crafts, snow mobiles, and watching sports.

Peck has a Bachelor of Arts in Graphic Design from Western Illinois University and over 10 years of experience working in similar roles. He previously served as the Public Relations Coordinator for the City of Wheaton.

In his new role, Peck will serve as part of the City’s Administrative Department under the direction of the City Administrator, Michael Guttman. He will be responsible for leading the City’s Marketing and Communications Division through the development and execution of all the City’s public relations and marketing activities.

Peck is “excited and grateful to serve the City of West Chicago in this special role,” and is “looking forward to helping amplify the City’s rich history and culture while providing essential information to its residents.”

Peck enjoys spending time with his family and two dogs, working around his yard, and watching sports.

Samuel previously served as the Police Department’s Administrative Sergeant, and will now serve as the Commander of Investigations and Administration.

Sergeant Bowers began his career in West Chicago in 2010, working both day shift and night shift of the Patrol Division where he served as a Field Training Officer. In 2016, he was assigned to the Investigations Unit, and also served as an investigator on MERIT (Metropolitan Emergency Response and Investigations Team) and is currently assigned to their Digital Forensics Unit.