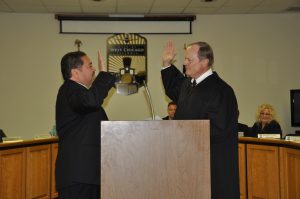 The Mayor is the Chief Executive Officer of the City. The Mayor shall have all the powers and perform all the duties, which are prescribed by law, the code and ordinances of the city, or by established custom, and shall take care that all laws and ordinances are faithfully executed.

It shall be the Mayor's duty:

(1) To attend and preside at all regular meetings, committees of the whole and special meetings of the Council.
(2) To appoint and remove, with the advice and consent of the Council, the City Administrator, the Chief of Police and the corporation counsel.
(3) To appoint all standing and special committees of the Council.
(4) To make all appointments, with the advice and consent of Council, to the various Boards and Commissions of the City as required by law, this Code or otherwise.
(5) To serve as the City's official spokesperson and represent the City before governmental agencies, private and public organizations, citizen's groups, and the media.
(6) To sign all commissions, licenses, warrants, and permits as authorized by law.
(7) To recommend to the Council for adoption municipal goals and objectives as well as such measures as he may deem necessary or expedient to accomplish them.
(8) To issue all official proclamations.
(9) To serve as the local Liquor Control Commissioner for the City, as provided by statute, and as such shall be charged with the administration of the provisions of the Illinois Dram Shop Act and all provisions of this Code relating to alcoholic liquor. 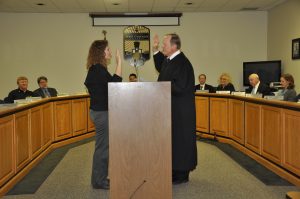 The Clerk shall be elected at the municipal election when the Mayor is elected, and shall hold the office for four years.